"For this reason we also constantly thank God that when you received the word of God which you heard from us, you accepted it not as the word of men, but for what it really is, the word of God, which also performs its work in you who believe. For you, brethren, became imitators of the churches of God in Christ Jesus that are in Judea, for you also endured the same sufferings at the hands of your own countrymen, even as they did from the Jews, who both killed the Lord Jesus and the prophets, and drove us out. They are not pleasing to God, but hostile to all men, hindering us from speaking to the Gentiles so that they may be saved; with the result that they always fill up the measure of their sins. But wrath has come upon them to the utmost." (1st Thessalonians 2:13-16)

There can be a big difference between hearing what someone says and hearing a message; between believing in the words of a message and believing the in the character of the message. What the Thessalonians understood was that the words Paul spoke to them were not just another philosophical or religious idea, but the very words of God. Their faith was not in the words themselves but in their author and in their power and energy to change them and to work in them to make them new. It was more than becoming a convert to an idea, it was becoming believers in a force and a power of renewal. They believed not just the words but the power that was behind the words, and they accepted the words gratefully as being sent from a loving heavenly Father.

I have know people who say they believe the Bible, but it is a belief that is disconnected from its power and its reality. They acknowledge its truth but never associate with it in a way that allows it to change their life. Their hope is in a salvation of mental conformity rather than faith in something that is living and active and able to save them even now if they would but yield to its power and energy. They "believe" but they are not changed. Our faith needs to go beyond mere belief in the words. We must also believe in who spoke them and their waiting power to change and save us. To believe in God and His Word is to believe in change.

Paul reminds, and commends, them of their suffering and persecution for the name of Christ. In their day there were those who were "not pleasing to God" and who were "hostile to all men." The Greek word meas to literally be "opposite", and in this sense to be "contrary, hostile, and antagonistic." Their violent service was not pleasing to God and was in opposition to all men because they sought to over though that which offered love, peace, freedom, and life, the very things all men hope for and wish for. In their days it was militant Jews and Romans who sought to rid the world of this new religion or peace. 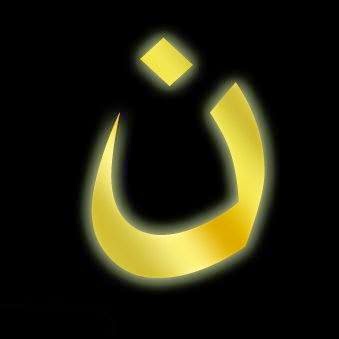 Today there are others who violently oppress those who believe in love, peace, reconciliation, and life. They have become militant in their hatred and oppose all who disagree with them and who fail to submit to their reign and ideology (if it can be called that for there is little "ideal" in their ideology). They cleanse the areas they rule of all Jews and Christians and persecute and torture those who remain; even beheading and sawing in two children who believe. They have become consumed by their evil and are some of the purest disciples of their master, the devil. There are those in this world who hate life and who have become the enemies of all men; of all men who love life and desire peace and happiness. To such we must not yield, nor must we leave our way of peace and love, but we must continue in our hope and faith in the message, its author, and its power.

David Robison
Posted by David R Robison at 11:10 AM